The seeds for Athens Physical Therapy were planted in 1999, when Chris Doerr—an emergency physician at Athens Regional Medical Center—began Physicians Back and Neck Clinic in the lower level of the round Atlanta Gas Light building across Prince Avenue from the hospital. The mission was simple: help heal body ills with purposeful exercise.

Within months, as patients of increasing complexity were referred, it became evident that Chris’ practice of Physical Medicine needed the complementary expertise of Physical Therapy.  This team approach was uncommon at the time, but just “rang right” in trying to approach patients and their conditions more comprehensively and with better communication.

The practices grew, and in 2001 moved all of 100 yards away to the former Guest Printing Company at 108 Park Avenue. 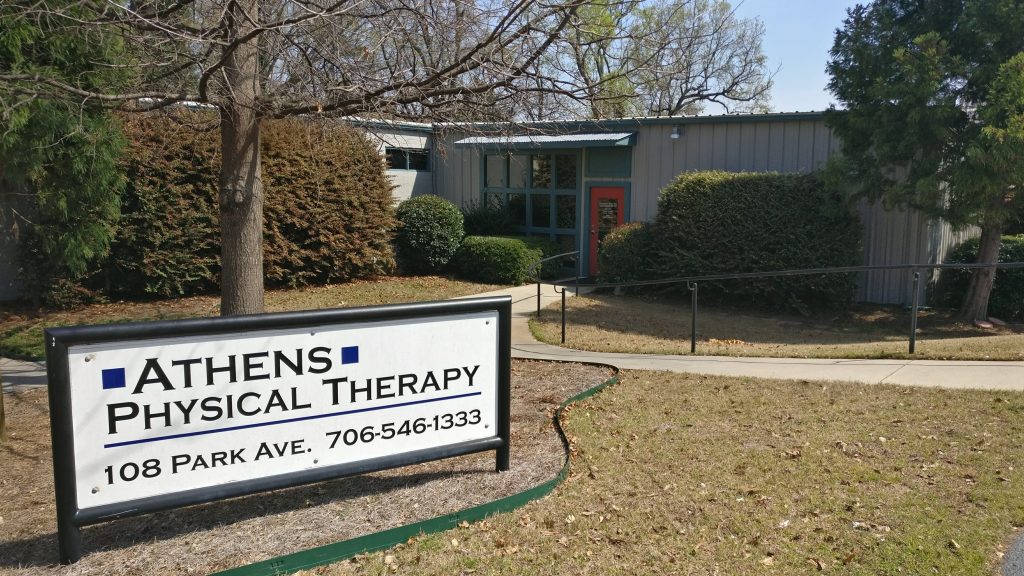 In 2003, we started the RxGym in the lower level—a member gym where patients who graduated PT had access to much of the same equipment they used in PT (the need for a stepdown gym became evident when patients said “now what do I do?” after improving with therapy).

Although the practice was initially spine-centered, patients returned to us with their other musculoskeletal issues, and it became clear that we had become—by demand—a full-service comprehensive Physical Therapy practice.  So in 2007, we changed our primary name to fit the facts: Athens Physical Therapy.

Also in 2007, because we received more and more referrals from North Georgia we decided to “meet our patients on their turf”, and opened a satellite office in Lavonia.

We renovated a grand 100-year old house that had been vacant a few years, and went right to work. 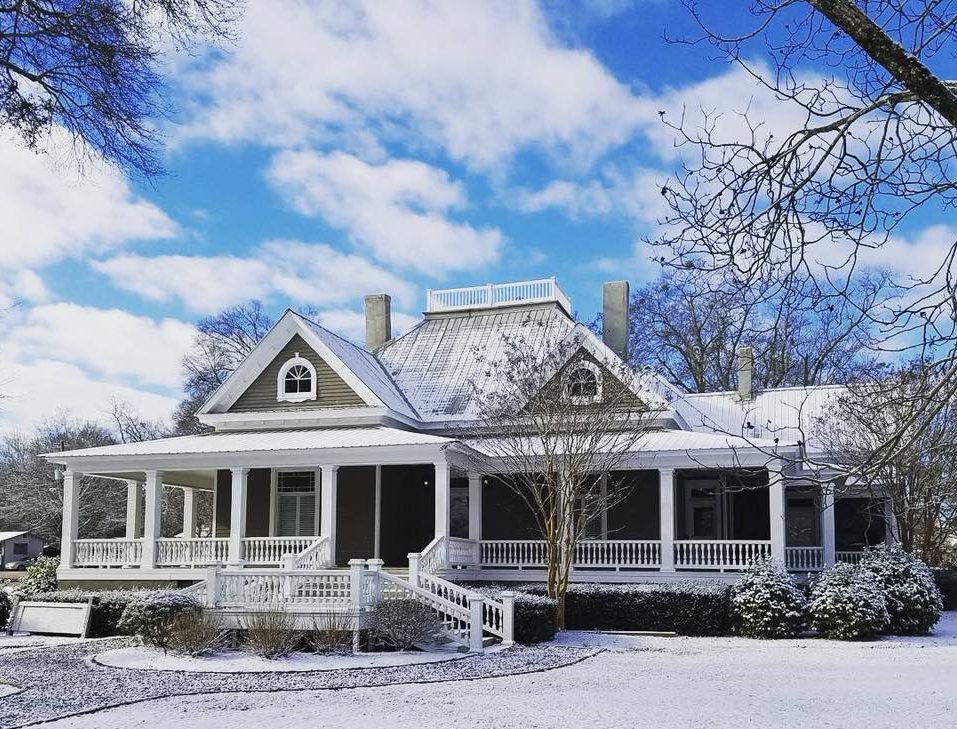 We chose Lavonia mainly because it had no existing therapy services, and it was conveniently close to the population centers of Royston, Hartwell and Toccoa.  When St. Mary’s Sacred Heart Hospital (Ty Cobb Medical Center) came to town a few years later, we regarded that as confirmation that we were in a good location to serve our patients.

Over our 16 years at Park Avenue in Athens, we eventually ran out of space and parking, and sold the building (now the Athentic Brewing Company).   We moved to 195 Miles Street—off Chase Street between the Maepole restaurant and the Creature Comforts production facility.  The building had been the old USPS Postal Annex—essentially a cargo transfer hub where intercity trucks would come to exchange their loads (mail) with trucks from other cities, then return to their home cities.  In the 1990’s the building became the “Miles Street Facility” for Advantage Behavioral Health, functioning as a 24-hour receiving facility for persons with mental health and addiction crises (and which has since moved to the old Charter Winds Hospital on Mitchell Bridge Road). 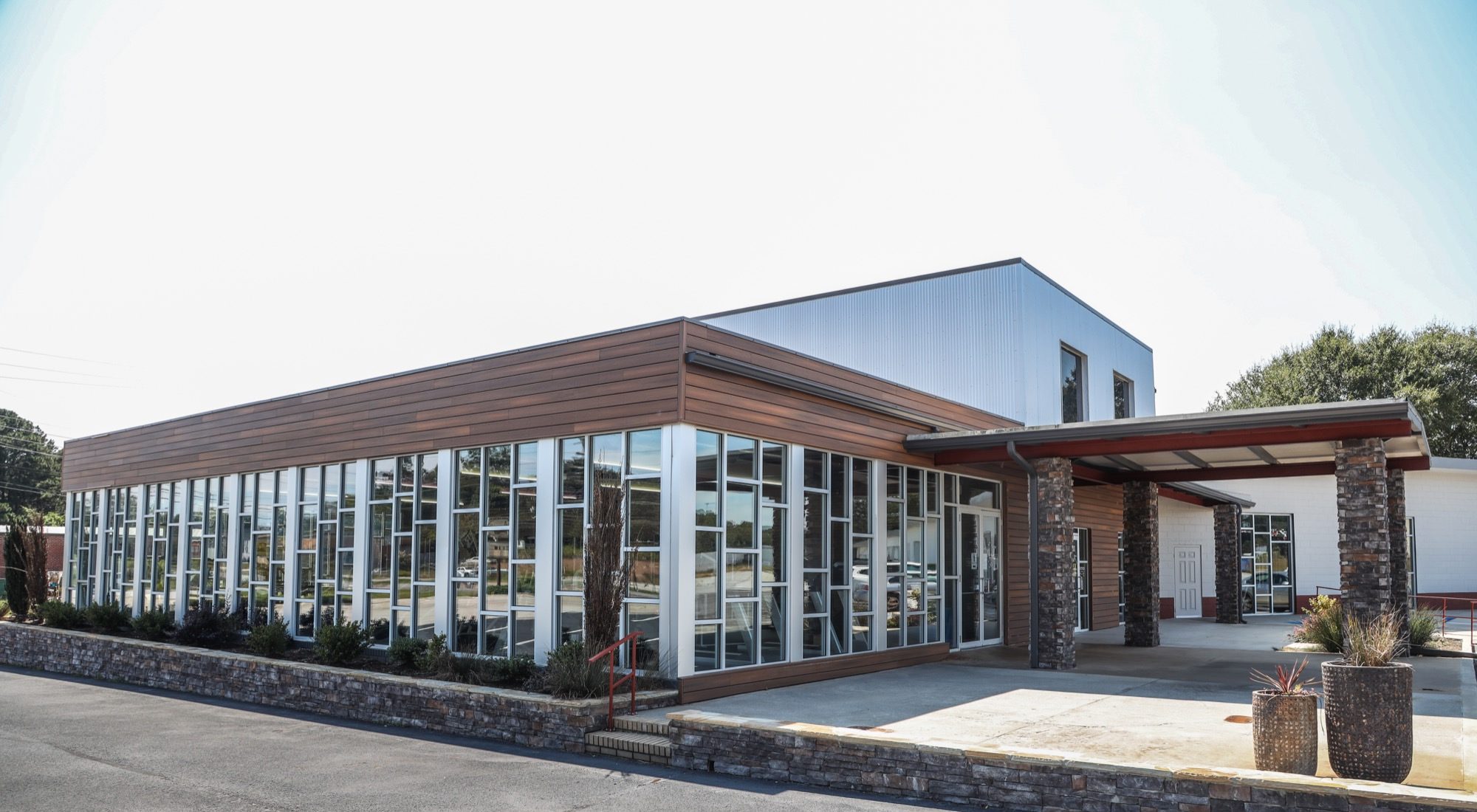 After 12 years in the cozy “1907 House”, we outgrew the space and set about looking for a larger facility.  We had needs for a larger therapy gym, including space and equipment for recovering athletes of all ages, but we also had long wanted to offer our “graduating” patients a step-down membership gym, like our RxGym in Athens.It took a while, but in October 2019 we opened our new Athens Physical Therapy and RxGym in the old Bob Meredith Chevrolet/Phil Owens Used Cars dealership at 13231 Jones Street.  The property had been vacant and for sale for 12 years before we totally resurrected it to make a splendid, state of the art Physical Therapy center. The RxGym—for previous patients and the community at large—is the former showroom, while the Physical Therapy Gym occupies the first five converted garage bays.

In our new homes we continue what we stated over 20 years ago—helping the body heal itself. Our staff is experienced, alert, and smart.  We want our patients to get better and “never need us again”, so we want to provide the best physical therapy experience possible.

Also, Chris continues his “practice within the practice” as Physicians Back and Neck Clinic, providing evaluation, diagnosis and treatment of back and neck issues, operating seamlessly under the same roof.

This collaboration between the Physical Medicine and Physical Therapy sides has proven to be such a natural fit, where one specialty informs the other, and it is hard to imagine a different way of doing things.

We are committed to helping you recover and restore health. For more information about our physical therapy services please follow the link here to contact a clinic in your area.

Located in Athens and Lavonia, Georgia